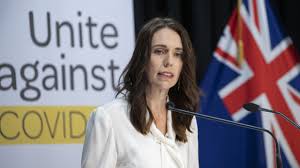 I take more interest in politics than is good for me, but generally I keep it to myself. I like the theatre, and I listen to the debates with frustration. I have always enjoyed going to the polling place on the day of the election and casting my vote, and then settling in on the evening and watching the results roll in. We are lucky in New Zealand that elections are well run, and the number of voters is small enough that there are usually few hiccups.

I thought I would put this out before the results are available (but after the polls close).

I voted early this year, because it is advisable to avoid queues and mass gatherings. The precautions with hand-sanitiser, individual pens etc are likely to reduce the risk but gathering in places with lots of strangers makes me nervous. At alert level 1 it seems safe, but if more covid cases pop up then voting could have got more fraught.

This year is different for 2 reasons:

We have 2 referenda to vote on. i will not go into detail but briefly explain my votes.

For the party vote – I voted Green

The thought of Collins and Brownee being in charge of the country in February/March scares me. As we prepared for and reacted to the arrival of Covid-19 I think the decisive and calming statements made the situation much easier for us all. The wrecking ball approach that a National government would have most likely have followed would have been disastrous.

I don’t think the current government has achieved very much otherwise.

Dealing with Crises is important, and there Jacinda Ardern has been exemplary. The Christchurch massacre opened up many wounds, but with “they are us” Ardern found the right message to bring people together. After the White Island eruption, her version of calming and caring was exactly right. During the slow train wreck that has been the world’s response to Covid-19 Ardern has been at her best. It is no coincidence that NZ is universally acclaimed for our success, and that we are enjoying freedoms unheard of in many other places.

However there are slow moving crises that do not respond to reactive measures. They require analysis and planning. They require fearless actions to change people’s fundamental way of living. Such crises include

To be fair, NZ is not alone in facing these problems, and no previous government has had a solution. That might mean that it is unreasonable to expect the next government to solve them either. However there is a definition of “insanity” – “doing the same thing over and over again and expecting a different result”. If we are to address these problems then we need change.

I don’t expect any party to suddenly fix them. We have tried low taxes and wages and the promised improvement hasn’t occurred. The parties with the policies most likely to effect positive change are TOP and the Greens. TOP is not likely to get enough support to make any contribution, so I have voted Green. The best likely government is to have the Labour party in charge, but with the Greens there to make sure they do actually achieve some change for the environment, and for the least well off.

So here’s to positive change over the next 3 years.

An historic win for Labour – The first time a party has achieved an absolute majority of seats under MMP. It is not clear how many the final majority (currently 64 from 120 seats) will be as special votes are still to be counted. Even some of the deepest blue seats now have Labour party vote majorities. This has been a very high turnout – estimated at 82% or 2,877,117 votes.

There were some interesting electorate contests, including Chloe Swarbrick winning in Auckland Central for the Greens, and the Maori Party’s Rawiri Waititi winning in Waiariki.

It also saw the end of NZ First’s representation in parliament. Will that be the last for Winston Peters?

Today (Sunday) National had its (virtual) campaign launch. This, the day after the election was due to take place. It also took place in the wake of an embarrassing error in its economic plan announced yesterday. They also have a completely different leadership than what was in place when the original election date was announced. To be fair to National this year has not been kind to anyone in NZ, but they seem to have been hit particularly hard.

It is in exceptional circumstances that people can get caught out. David Clark would probably have expected to still be Minister of Health and would have looked forward to implementing the recommendations of the Health and Disability System Review. In all probability he would have been remembered as a very good minister. However, he was not equipped for the circumstances of the pandemic, and had to resign to be replaced by a better communicator. So Labour has also changed in response to the crisis.

The news media also got found out somewhat. They expected to cover the different points of view, and hold the authorities to account. What the majority of people wanted though was them to be a channel for sharing information. People didn’t want to be confused by questions, and muddying the water. Up until this year covering politics had become a game, and politicians were praised for clever politics, whether it was good for the country or not. It changed this year as people no longer wanted politics, they wanted to be part of a team.

The referenda (End of life choice & Cannabis) were set to be a big part of the election. For some people they were more important than who would form the government. Both questions are complicated and there are good arguments for and against, but there would be a danger of misinformation dominating the debates. This has got lost in all the conspiracy theories about the virus, 5G, Qanon etc. Even parties like Advance NZ and the New Conservatives who can be expected to be concerned with euthanasia, are getting involved in lockdown protests.

When the election date (yesterday) was announced in January the virus had not yet been given its name, and was something that affected people elsewhere. We had just started to see an effect on tourist numbers, but it looked like the election would be about economics and competence. The government was vulnerable due its failure to build as many affordable (kiwi build) houses as it had promised. On the other hand the National party leader (Simon Bridges) had failed to build any popularity.

By February it was clear that the virus effects were going to be more significant, and the government restricted inbound travel and started offering support to affected businesses. So covid-19 and the government response became the focus for politics. The general concern for health and approval of the lockdown process has carried over to popularity for the government. Ardern’s open style, her passion for kindness and her calm demeanour have helped to align people for the health response, and also to attract voters to the party.

Polls gave the government an unheard of lead. Where the election was looking close in January, by May it was looking anything but. The smaller parties were struggling for oxygen and everybody was rushing to find something different to make them stand out.

National found it hard to find the right message. When they had seemed hard on the government they had been punished. In the end (after 2 changes of leadership) they have settled on that they would do the same only better. New Zealand First have distanced themselves from the government saying that they disagreed with many decisions, and have been a handbrake on (what they deem to be ) bad decisions. The Greens have tried to pitch themselves as more progressive than Labour (without actually saying that Labour have been ineffective). The only smaller party that is looking to have gained is ACT which can openly criticise the government without actually offering anything.

With the second outbreak in August, and alert level 2/3 controls, campaigning became difficult. Delaying the election seemed prudent. The government might have had to pass legislation to help the health response, and needed parliament to be sitting a bit longer. So we still have 4 weeks to go. Many people will be voting based on the government’s response so far, but the next government will be in charge for 3 years. There is still more to come from the virus, and we can’t go back to normal, but increasingly the focus needs to be on what comes next.

Both major parties seem to be too keen to get things back to what they were before. The opportunity for real change seems to be missing. What do we really want NZ to look like in the future. When travel is freed up, do we really need to do so much of it? We know it is unsustainable. We have low productivity in NZ because a large portion of our economy is devoted to tourism and hospitality, which are bedevilled by low pay. We need a lot of seasonal workers from overseas to help with agricultural workloads. Nobody is talking about solving these problems and making the future better.

So if you come across politicians out campaigning, make sure you ask them the hard questions. If they say they can do things better ask them to prove it. Ask them to show why their vision of the future for NZ is the right one.

Your vote is valuable. Make them earn it.